What's the difference between SPF30+ and SPF50+?

Skin cancer is one of Australia’s most common cancers, with data showing almost a million cases of skin cancer in 2015.

Skin cancer is primarily caused by excessive exposure to ultraviolet (UV) radiation from the sun, causing DNA damage to skin cells. If this damage is not repaired by the body’s internal DNA repair machinery, then faulty cell replication can occur – triggering the abnormal growth of cells – which eventually become cancers.

People with pale skin types are more vulnerable to skin cancer and, broadly, the more sun they are exposed to – and the greater the intensity of the UV radiation – the higher their risk.

International comparisons highlight the extent to which we and our Kiwi friends are undisputed world champions in skin cancer. Unfortunately, we’ve long occupied gold and silver on the skin cancer Olympic podium.

A conservative estimate of the cost of treating melanoma in Australia exceeds A$270 million annually. If we add non-melanoma skin cancers (now called “keratinocyte cancers” after their cell of origin) and the bill is likely more than A$1billion a year.

Most Australians (and Kiwis) have the wrong type of skin for their environment. Basically, through migration, our two countries have been populated by many people with fair skin whose ancestors come from much less sunny climates. Lack of protective pigmentation leaves skin cells especially vulnerable to the DNA-damaging rays from the sun.

During human evolution, our early hominid ancestors in Africa lost their covering of body hair and developed pigmented skins, presumably as protection against the harsh tropical sun. With subsequent migration out of Africa into Europe, the protective benefits of dark skin became less important for survival and were likely a hindrance to effective vitamin D production. There was selective pressure for less pigmented skin with more distance from the equator.

In contrast, those who migrated out of Africa to Asia, Australia and the islands of Melanesia were constantly exposed to sunlight. So they retained their protective pigmentation. This explains why the recent European migrants to the Americas and Oceania arrived in the “new worlds” with skin types poorly suited to their new environments. This was in stark contrast to the well-adapted skin of the indigenous inhabitants.

While melanin provides protection against the damage caused by exposure to UV radiation, it’s not a “suit of armour”. Melanoma rates are far lower in people with pigmented skin such as Aboriginal people, but not non-existent.

A major factor is geography – that is proximity to the equator (the line on the globe that gets the greatest amount of sun). Generally speaking, the closer to the equator someone lives, the greater the amount and intensity of sun exposure they receive. That gradient is seen in a comparison of skin cancer rates across Australian states with Queensland reporting much higher rates than New South Wales, which is in turn higher than Victoria.

Add to that the lower pollution levels and clearer air in the southern hemisphere – due largely to much lower population densities – resulting in UV levels about 7% higher than in the northern hemisphere.

Taking all these factors together, southern hemisphere locations receive about 15% more UV radiation than the equivalent northern latitude location in any given year.

What about the ozone hole?

Many believe the ozone hole – a naturally-occurring pool of ozone-depleted air arising over the poles – explains much of our excess skin cancer rates. Stratospheric ozone does reduce the amount of UV reaching the Earth’s surface. When the ozone layer was damaged by the release of CFCs and halon from refrigerants from the 1960s onwards, more UV reached ground level.

So the depletion of the ozone layer caused legitimate concern and prompted the establishment of the “Montreal protocol” designed to eliminate ozone-damaging pollutants and repair the ozone hole. 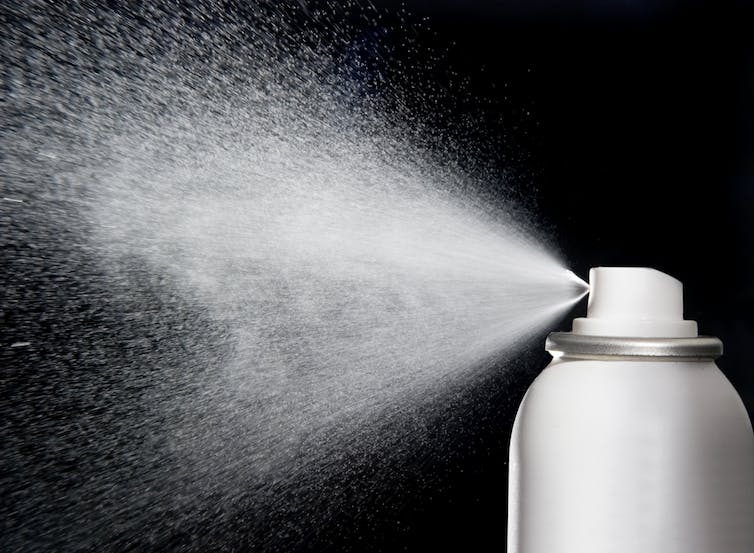 Most people think our rates of skin cancer are due to a ‘hole’ in the ozone layer, but this isn’t really the case.

As the ozone hole over the south pole breaks up in spring, pockets of ozone depleted air drift across Tasmania, southern Victoria and the southern part of New Zealand’s south island. The effects are minor and transient, and are being closely monitored by NASA and other agencies.

In reality, ozone depletion has made no appreciable difference to skin cancer rates in Australia and New Zealand. The quantum of additional UV exposure was modest – and at a time of year when most skin was covered so as to stay warm. Happily, the Montreal Protocol has proven successful in facilitating ozone repair.

Are we making any headway?

Melanoma rates in the under 40s age group (those who grew up with “Slip Slop Slap”) are coming down. This makes sense given the timing of the programs and the decades-long lag between protecting our skin and the benefits of “avoided” skin cancers. But rates in the 60+ age group are still going up and as a result so are the overall rates. We anticipate and hope those will fall over the next decade.

Comparisons with NZ suggest they have a lot to learn from our skin cancer messaging campaigns. But we both still have a long way to go to decrease the burden of skin cancer.

This article was originally published on The Conversation. Read the original article.