Eight year old Maisie Hemmings from Mt Barker has raised close to $4000 for our Crawford Lodge, after an incredible fundraising effort that involved climbing three of WA’s highest peaks in just one day. 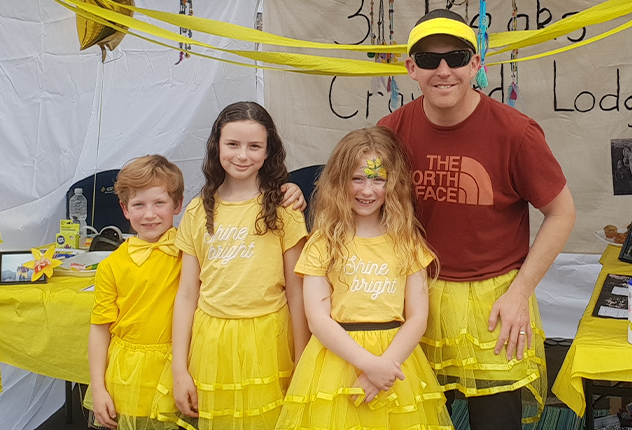 She was inspired to raise funds for Crawford Lodge after her mum Casey was diagnosed with triple negative breast cancer last year.

“We were living in Karratha last year when Mum received the news,” Maisie said.

“My Mum had to receive eight sessions of chemotherapy followed by seven weeks of radiotherapy which was going to be in Perth.

“We stayed at Crawford Lodge for six weeks and while Mum was receiving her chemotherapy, my brother and I went to Hollywood Primary School.

“I wanted to raise money for Crawford Lodge because they looked after my family in our moment of need, and they provide fantastic accommodation for cancer patients from country WA who are going through treatment.

“I decided to climb three peaks because we have beautiful mountains on our doorstep in Mount Barker.”

Maisie’s father, Kevin Hemmings, said Maisie was eager to give back to those who helped them during a challenging time for their family.

“I couldn’t be prouder when she initiated the fundraising efforts to climb Castle Rock, Mt Trio and Bluff Knoll,” Kevin said.

“Maisie didn’t just climb three of the highest peaks in the State, she smashed them!

“We started off from the base of Bluff Knoll at 5.45am and were back three hours later. Then we had an hour break including the drive to Mount Trio where she completed the entire walk in two hours.

“The third and final climb was Castle Rock. She summitted the final peak including the scramble and steep ladder to the top in 1hr 45mins (up and back) finishing the challenge at 3.00pm.

“Having raised an additional $750 at the Mountains and Murals festival in Mount Barker and other donations trickling in, $4000 is creeping into sight.

“It is inspiring as a parent to see her enthusiasm for giving back to those who have helped our family,  and heart-warming when strangers and friends alike are blown away by firstly the physical challenge under taken (and completed by an eight year old), but also the kindness and character shown by someone so young.”

“Crawford Lodge is a home away from home for regional cancer patients, offering accommodation in Perth for people like Maisie’s mum, Casey,” Ms Hicks said.

“It’s wonderful to hear how our services are helping regional cancer patients like the Hemming family and making a real difference in their lives by addressing and alleviating accommodation concerns.

“We are so grateful to Maisie; it’s only through the generosity of the community and fundraisers like Maisie that we are able to do what we do.”